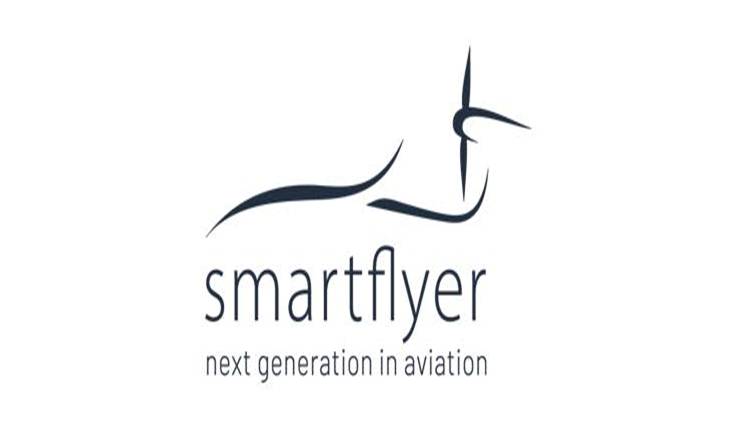 Smartflyer is a four-passenger, proof-of-concept light aircraft that can fly on pure electric power, as a hybrid with an av-gas powered generator, or as a hydrogen-fuel-cell-driven airplane.  It’s been under development for several years, but is moving production to Stelzach – just nearby.  Likewise, the Smartflyer Challenge, an electric aircraft fly-in, is moving from Smartflyer’s Grenchen, Switzerland home to Bern, a much larger field about 20 miles south.

Electric-Flight.eu reports, “The fuselage of the Smartflyer SFX1 is slowly taking shape.”  Company founder Rolf Stuber OK’d production of the first carbon fiber reinforced plastic (CFRP) fuselage at Aerolite near Lucerne.  In a rented hall of 500 square meters (5,382 square feet), the “ready-to-install” drivetrain, consisting of a well-tested Rotax 914 engine coupled to a YASA generator, workers will assemble the major components. 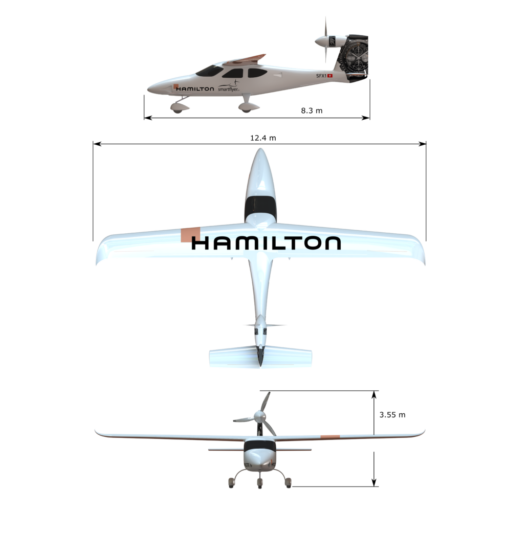 The SFX1, due to fly next year, has the following specifications:

Smartflyer notes the specifications may change during the construction process. 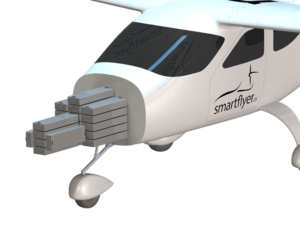 Smartflyer says, “Today’s battery capacities are not good enough for extended flights,” which explains their preference for a hybrid system, although they will also explore the use of a fully battery-powered with two-and-a-half hours endurance and a hydrogen fuel cell version with five hours endurance. 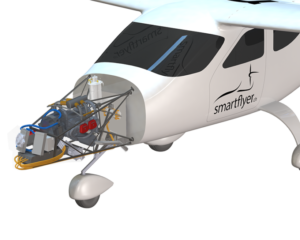 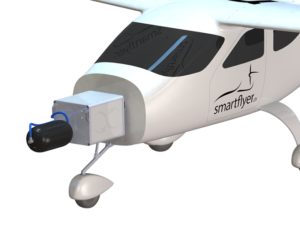 Electri-Flyin Switzerland was once the Smartflyer Challenge

Organizers describe their aims thus: “It remains our ambition to promote eMobility in aviation and to help shape the future of aviation in the long term.  We are ambassadors of the third era of aviation (piston engines, jet engines, electric engines or alternative propulsion systems).  With our event we want to present new technologies and developments, make them tangible for the population and educate them.

The event, as in years past, features flybys of green aircraft, symposia on the technology involved, and competitions that highlight the distances aircraft travel to the event and various high points of their design and operation.

This year’s eTrophies will be awarded in three categories – electric aircraft, hybrid aircraft, and gliders.  Previous winners have included Klaus Ohlmann and Eric and Irena Raymond, so the good-hearted competition is still challenge-level.

The organizers make an insightful commitment to the future in their desire to promote green aviation.  “Aviation is on the threshold of a new era. Until today, combustion and jet engines have dominated as propulsion systems. In the future, electric motors will be used in certain areas of aviation. Electric motors are not only emission-free, light and powerful, but also extremely reliable due to their simple design.”

Be at the Bern Airport on September 10th and 11th for a grand show of truly innovative aviation.