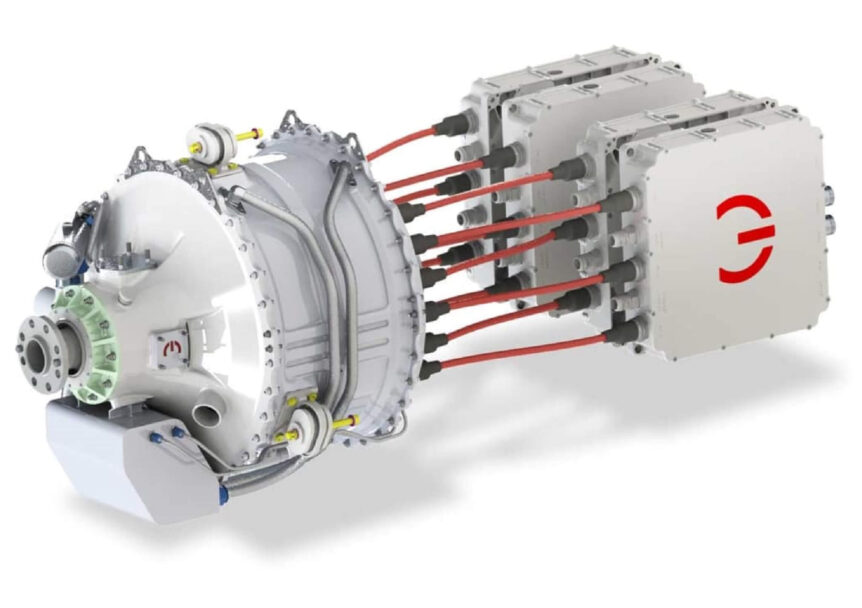 MagniX, the motor company powering Eviation’s Alice and Harbour Air’s Beaver, is expanding into new markets.  Already flying in a DeHavilland Beaver in Canada and being readied for flight on Eviation’s Alice in Arlington, Washington, the company’s motors have many potential airframes to grace.  Besides Harbour Air and Eviation, English firm Faradair has chosen MagniX to power its BEHA, a triplane configuration commuter, and Sydney Seaplanes wants MagniX power for its Cessna Caravan Supplemental Type Certificate.  On a grander scale, Universal Hydrogen will power its converted DeHavilland Dash 8s with MagniX.  Even NASA has awarded funding to MagniX (along with General Electric) to develop “Electrified Aircraft Propulsion (EAP) technologies through ground and flight demonstrations. “

A 1957 de Havilland of Canada Beaver, C-FJOS, had its original Pratt & Whitney P-985 Wasp Junior radial piston engine replaced with a Magnix 750hp (559kW) Magni500 electric powerplant.  It first flew on electric power on December 10, 2019.  On August 19, 2022, that aircraft made the first point-to-point round trip between, “Harbour Air’s terminal on the Fraser River, next to Vancouver ­International Airport, [landing] in Patricia Bay, adjacent to VIctoria International ­Airport,” as reported in the local Times Colonist newspaper.

“’This is a major milestone in the advancement of all-electric commercial flights,’ the ­company said in a statement.

Harbour Air’s CEO and Founder Greg McDougall, has ambitious plans.  “If we sit here looking out the window, one day there’s going to be something flying out there that’s going to rock your world. I want to be the one flying it, not the one watching it.”

Harbour Air flies over 40 airplanes, “Serving commuters plus tourists with scheduled flights, charters, and sightseeing tours. Harbour Air flies de Havilland of Canada Beavers, Otters, and Twin Otters plus a few Cessna Caravans averaging over 500,000 passengers annually, serving 11 scheduled destinations. Harbour Air flies over 30,000 flights annually and freight in total – but only in daylight.”  Its recent efforts toward electrifying its fleet will help it maintain its sustainability goals, including being carbon neutral since 2007.

We’ve been promised an initial flight of Eviation’s Alice before the end of summer – just 21 days away as of this writing.  Two Magnix motors flank the swept T-tail of this beautifully streamlined bird. 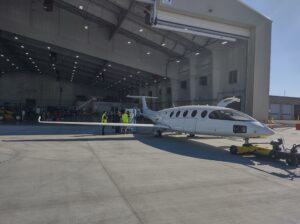 Flying magazine reports testing for Alice (named after Lewis Carrol’s eponymous heroine) has moved to Moses Lake, Washington, site of many test flights for Boeing.  Cape Air has ordered 75 of the nine-passenger-carrying versions, and DHL has ordered a dozen cargo carriers.

Faradair’s unique triplane BEHA (Bio-Electric Hybrid Aircraft) will host not only MagniX motors, but a Honeywell generator for the hybrid power system.  The firms promise flight testing of the 18-passenger craft by 2024 and production by 2026, with up to 300 in service by 2030.

According to a press release, “The BEHA will use two magni500 e-motors and associated magniDrive control system technology for flight propulsion.”

MagniX test flew a Cessna Caravan with its motor in May 2020.  Now Sydney Seaplanes, which operates out of Australia’s Sydney Harbor, wants to convert its airplanes to electric power.  Operating six aircraft during the summer and up to four in “off season,” Sydney Seaplanes makes regular flights from Sydney Harbor to a lake in downtown Canberra, the nation’s capitol.  This 200 kilometer (320 mile) flight fits the electrified Caravan’s mission profile. 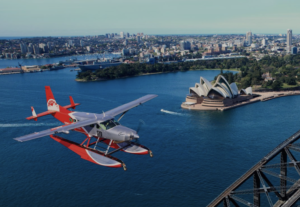 Managing Director Aaron Shaw says, “We are a small company but we are passionate about this technology.”  Directing that passion to the larger market, Shaw’s firm will retrofit its amphibious Caravans, then sell STCs to, “Customers in Australia, New Zealand and the Pacific Islands who have Caravans that land in water or on runways. He estimates the cost of retrofitting a Caravan from a turboprop to an electric power plant will be about AUD 1 million (US$760,000).”  Shaw looks forward to helping countries like Vietnam, Malaysia, and China set up battery-powered flight services with solar and wind power providing charging in areas where hauling fuel is “difficult.”

This necessitates removing the existing turboprop engines and fuel tanks and replacing them with the MagniX motors and UH’s unique transportable hydrogen tanks.  According to Composites World, the tanks are, “Contained within a structural frame to form the storage modules and will initially use carbon fiber to contain compressed hydrogen gas with eventual metallic tanks to store liquid hydrogen once development is complete. Universal Hydrogen will also serve as the long-term supplier of green hydrogen to the three airlines.” 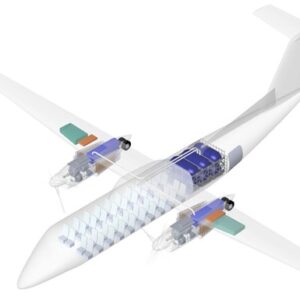 The hydrogen tanks will take up enough space in the rear of the passenger cabin to lower the number of paying passengers from 56 to 40 – so far one of the disadvantages of electric flight.  Offsetting this will be lowered operating and maintenance costs.

Magnix was one of two winners of awards under this project, receiving $74.3 million.  GE Aviation received $179 million, with the two companies providing motors for conversion of existing airliners.  MagniX and GE will spend the next five years in ground and flight test demonstrations while collaborating with various NASA entities. 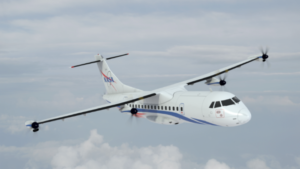 Robert Pearce, associate administrator for the Aeronautics Research Mission Directorate at NASA Headquarters in Washington explains, “By taking these concepts to flight, NASA and its partners will accelerate the transition of EAP technologies into commercial products and be a catalyst for economic growth.  We expect to realize significant improvements in the economic and environmental performance of subsonic transports through incorporation of these novel alternative propulsion and energy technologies into the fleet.”

The burgeoning interest and increasing investments in MagniX will help the company find broader markets and solidify its ability to bring new products to market.  Such developments are a hopeful sign for greener skies ahead.