Stemme AG, manufacturer of highly sophisticated motorgliders, has made their aerial platforms mounts for a huge array of surveillance and sensor systems.  Their latest announcement, though, shows the company is thinking next generation thoughts about flying in automated skies.

According to the Technical University of Berlin, a co-partner with the University of Stuttgart on the project, “the STEMME s15 landed precisely and safely at 5: 44 P.m. local time.”   The flight took place March 22, 2012.

Using a flight controller and laser altimeter, the system allows “optional piloting” in its operation.  It also provides a high degree of flexibility, letting the airplane land at any airport, even those without instrument landing systems. 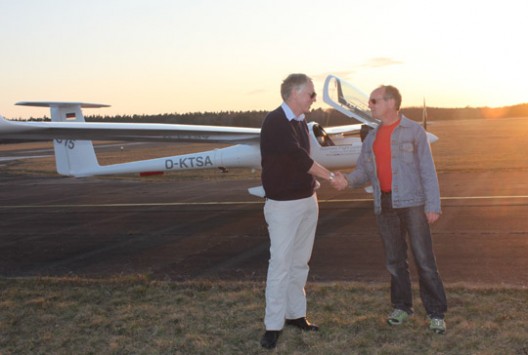 Prof. Dr.-Ing Robert Luckner of the Technical University of Berlin congratuates pilot and head of the LAPAZ project Lothar Dalldorff

LAPAZ, their automated flight control system, uses electric actuators and on-board computers to make automated flight a reality.  It even opens up a new category of aircraft, the Optional Piloted Vehicle, for missions into hostile environments or situations. 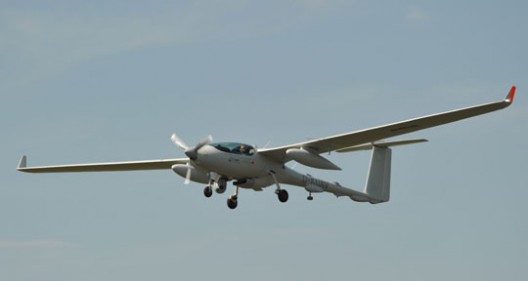 The team’s announcement gave some details of the project.  “At Neuhardenberg, east of Berlin, for the first time a STEMME S15 has made a landing under full control of LAPAZ. After commanding the S15 to a low flypast over the runway, LAPAZ than turned it into the landing direction. Pilot and head of the LAPAZ project Lothar Dalldorff attested via radio that the aircraft was correct on the predicted glidepath. The system flared the S15 to 0,5m/s descent rate and gently touched down with the main gear first. Prof. Dr.-Ing Robert Luckner of the Technical University of Berlin was the first to congratulate (see picture).  A success for the cooperation of STEMME, TU-Berlin and the University of Stuttgart. LAPAZ is developed as a highly precise Pilot-Assistance-System that can fly automatic missions including take-off and landing.” 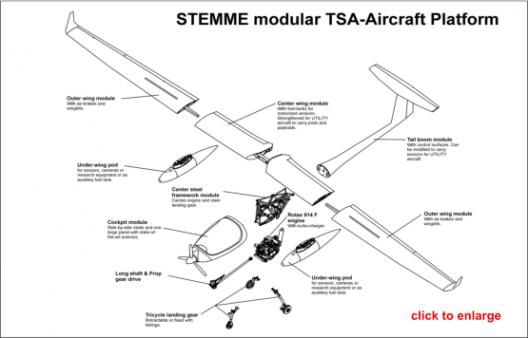 Stemme says their Flight Control System can be used for “pilot assistance” in low-level flight or for 3D navigation, with the pilot able to add new targets or flight data at any time in a pre-planned flight.  Without the pilot, the S15 becomes an Unmanned Aerial Vehicle (UAV).

We’re used to seeing such technology on Dreamliners and Airbuses, but this level of technology on small aircraft is a step in reaching the much-looked-for commuter plane of the future.  Couple this with short-take-off and landing (STOL) capabilities and you have at least part of Dr. Seeley’s and NASA’s Mark Moore’s pocket airport concept realized.