Reports from Germany, Switzerland, and America provide an insight into the problems that come with attempting to develop biofuel alternatives to jet fuel.  While various cooperative efforts are underway to promote expanded production of these “green” fuels, several parts of the industry are having problems of their own in making and distributing those fuels.

Many of Germany’s biggest airlines, research groups and biofuel producers have banded together to promote” greater development and use of alternative fuels in the commercial aviation sector,” according to Flight Global.com.

Noting that, “This is the latest in a string of efforts across the globe to help move the production of sustainable aviation fuels from small quantities to commercially viable levels,” Aireg President Klaus Nittinger explained that although this was a German initiative now, “A later expansion of activities to the European level remains conceivable at all times.” 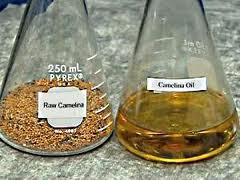 Mirroring Germany’s biofuel efforts, V Australia, Virgin America and Virgin Atlantic, airlines in the Virgin Group, are collaborating to see if they could develop and share aviation biofuels at their common port of Los Angeles International airport.

According to Flight Global, David White, sustainability and climate change manager for Virgin Australia explained, “We’re working with the other Virgin airlines – Virgin America and Virgin Atlantic – to look at what we can do in LA.”  White added that, “Collaboration with other airlines or biofuel consortia are also options for Virgin Group.”

In the meantime, farmers and processors are struggling to fit into the new energy environment.  Biofuels Digest reports that Swiss biodiesel manufacturer Biopetrol Industries “suffered a net loss of KEUR (kilo Euros) 73,009 (over $106 million)  for 2010 amid continuing overcapacity in the European biodiesel market.”  The company announced plans to shut down its plant in Schwarzheide, eastern German this month, resulting in the loss of 31 production jobs.

The large loss, although small in relation to petroleum oil companies, indicates the potential market that exists for biofuels.

Part of Biopetrol’s challenge is its location, far from ocean and other transport links that would help it find customers outside its own “oversupplied region.” 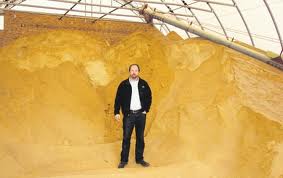 Economics and slow approval of biofuels has led to another issue for Montana camelina farmers.  Camelina, an oil-bearing grain that can produce both biofuels and animal feedstocks, is falling in acreage planted in Montana, partly from record high wheat prices, and partly because, “until bio-SPK (bio-derived synthetic paraffinic kerosenes) gets approved as a jet fuel, getting investment in camelina refineries—which will guarantee farmers a market—will be slow going.”

Last year, only 9,400 acres of camelina were planted, less than half that of the year before, according to Sustainable Oil, a major refiner.  Biofuels Digest further explains, “Aviation officials at the Advanced Biofuels Leadership Conference last week in Washington confirmed that they expect Bio-SPK to be approved before the end of the year.”