On August 23, 2011, the Embry Riddle Aeronautical University’s Green Flight Challenge hybrid-powered modified Stemme S10, the Eco-Eagle, began its ground tests on the Daytona Beach International taxiways, “Getting ATC used to us!”   The next day saw several ground-skimming “flights,” starting at 2-feet, and rising to 10 and 50-feet high runs, all with the gear down.  The day’s flights ended with a trip around the pattern for the airport’s longest runway. 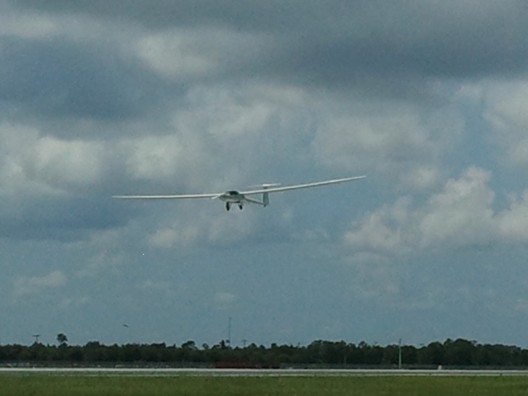 August 25 saw a morning excursion of 45 minutes, with the airplane flying in the face of the approaching Hurricane Irene.  Test pilot Mikhael Ponso reported beautiful clouds and no high winds during the seven laps around the field.  As he tested the gear retraction and various flap settings, he was able to sort things out for the upcoming GFC flights in Santa Rosa, California during the last week in September.

The school’s Eco-Eagle has a Rotax hybrid-power system originally developed for Flight Design, a German firm that builds the CT Light Sport Aircraft.  In the competition, it will take off on its gasoline-powered 100-horsepower Rotax 912 four-cylinder engine for best rate of climb, then switch to the 40-horsepower battery-powered electric motor to “fly as much of the course as possible,” according to Ponso. 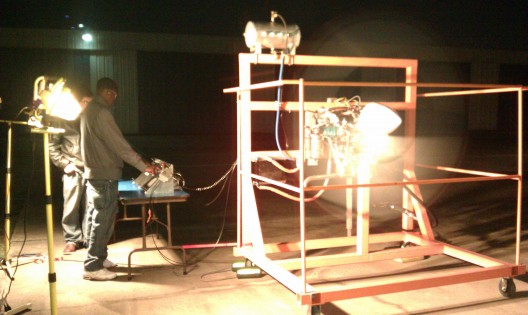 ERAU’s Eco-Eagle team originally intended to use Swift bio-fuels in their GFC flight, but rule changes caused them to rethink that strategy, which would have given them an advantage in the bio-fuel and electric drive areas.  Eco-Eagle’s Rotax will run on 100 octane low-lead aviation gas instead.  As a side note, Embry Riddle is testing Swift fuels in their training fleet, emphasizing the school’s commitment to achieving green flight in everyday operations.

An MT controllable-pitch propeller replaces the Stemme’s original unique folding propulsor, which tucked into the sliding nose cone to allow laminar flow over the forward fuselage.  The nose cone will remain open throughout all operations, since the larger MT propeller has no folding mechanism – and wouldn’t fit anyway. 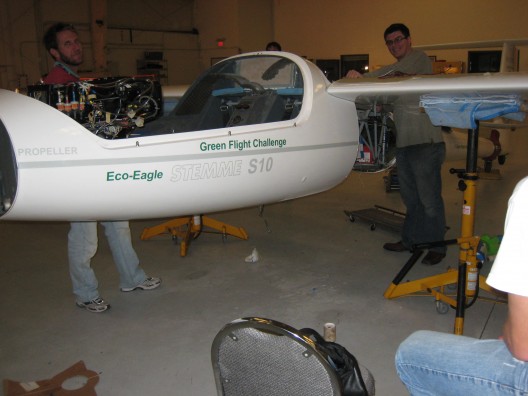 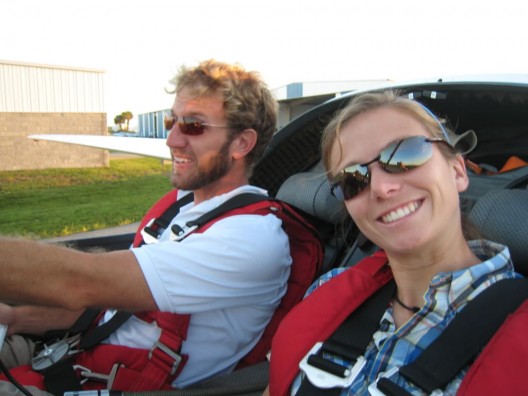 The sailplane’s 50:1 lift-to-drag ratio should enable the craft to slip along with minimum power, stretching the endurance of the 200 pounds of lithium batteries on board.

It’s exciting to see so many smart and enthusiastic young people involved in this project.   We wish them the best in the Green Flight Challenge.

Many thanks to Shirley Koelker, Lori Costello and Mikhael Ponso for information used in this entry.