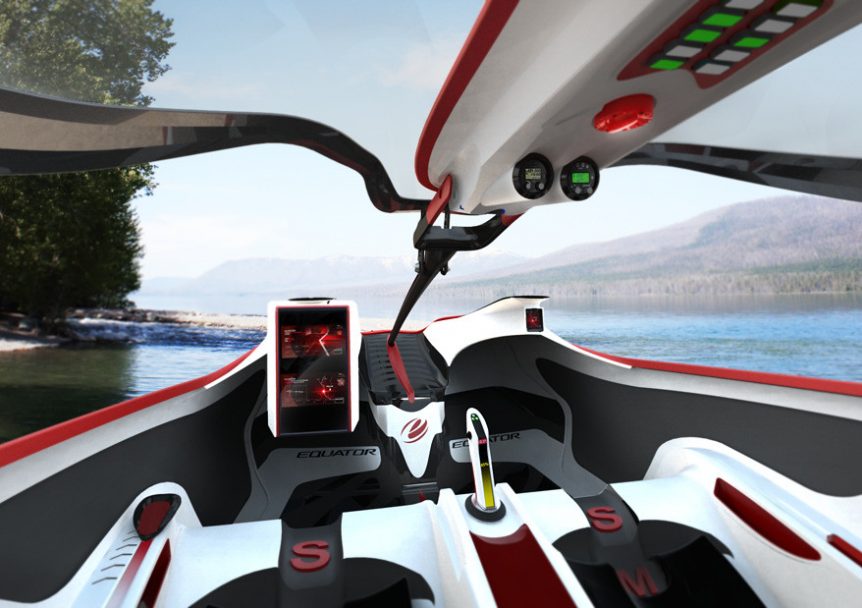 Following a decade of development, Tomas Broedreskift’s Equator P2 Excursion prototype made its first flights out of ground effect, a significant step in flight testing. It flew in ground effect just above the runway on March 29, 2018.  This helped verify the center of gravity and enabled further tests under audit by the Norwegian Civil Aeronautics Administration (CAA), which gave its release for full test at the end of February.  In a brief email, Brodreskift told your editor, “After 8 years in development it was about time!”

Two flights on March 29 and March 31, 2019 gave the team the assurance that all systems are “go” for further testing.  Everything, according to test pilot Eskil Amdal, was more than acceptable.  He is one of the most experienced test pilots in Norway, flying everything from WWII aircraft to his current mount, an F-35.  Flights took place at at Eggemoen Technology Park in Norway..

A serial hybrid, the Equator takes its power from a water-cooled ENGIRO G60 Electric generator that produces 60 kilowatts and receives its motive force from. a Wankel Super Tec (WST) KKM 352 multi-Diesel fuel engine.  The pair weighs 25 and 45 kilograms (55 and 99 pounds) respectively.  This keeps the six kilowatt-hour Kokam battery pack charged that in turn drives the tail-mounted motor with its custom DUC propeller.

That’s the final configuration.  For test flights so far, the motor on the tail receives voltage from an 18 kWh battery pack that weighs 100 kilograms (220 pounds).  It is the only power on the craft to simplify initial flight testing.  The complete power system was thoroughly tested, though, before the airplane’s debut at Friedrichshafen in 2017.

According to Equator, the “Main aim[s] for the first tests were to establish positive control and test basic static, and dynamic stability of the aircraft. The flights lasted about 10 minutes, and were done on pure electric power. From the standpoint of a first flight of a new airframe and propulsion system the flight was a great success. However as expected several smaller items will be improved before further testing.”  “Further testing” will include water tests.

As you will note in the second video, most of the plane’s construction was done in a small garage, small enough to necessitate parking the fuselage diagonally.  With limited space and resources, Tomas, his family members and his team had to demonstrate enormous courage and drive to finally receive proper funding and support.  We can only hope for their continued success and the production of a truly revolutionary airplane.