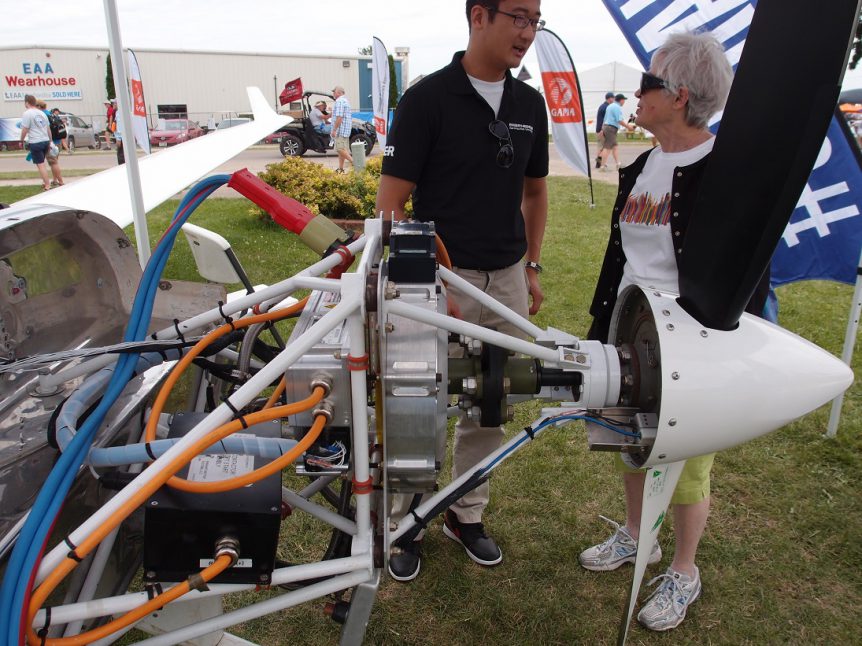 One of the biggest thrills this year at Oshkosh was getting to see Eagle Flight Research Center’s DA-36 run its YASA electric motor.  Eagle Flight, an outgrowth of Erik Lindbergh’s Powering Imagination program he’s been pursuing for the last several years, aims to create quiet electric aircraft that will carry sight-seers over National Parks and Monuments.  Such flights would not disturb people or wildlife below, and would give a Gabriel’s eye view of the most pristine places in our country.

His ideas have met with international support.  As noted on the YouTube video of their meeting, “… Flavia Schlegel (Assistant Director-General (ADG) for the Natural Sciences) at UNESCO in Paris… gave an enthusiastic endorsement of our eSpirit of St. Louis electric aircraft development program!”

Your editor became aware of the project when he spoke at the Powering Imagination Symposium at Seattle’s Museum of Flight in 2015.  Erik told of his work with students at Embry Riddle Aeronautic University (ERAU) in preparing the airplane as a demonstrator for quiet flight.

Embry Riddle’s EFRC describes the plane this way: “A lightweight, battery-powered aircraft called the eSpirit of St. Louis, which could demonstrate the promise of clean, quiet flight over a pristine region as early as this summer. The airplane’s name commemorates the 90th anniversary of Charles Lindbergh’s crossing of the Atlantic Ocean, and the beginning of the Golden Age of Aviation.  Outfitted with a fully electric propulsion system, the eSpirit is a Diamond HK-36 donated by Lockheed Martin Skunkworks. A crowd-funding campaign is underway to help Embry-Riddle students, under Anderson’s supervision, put the finishing touches on the eSpirit of St. Louis.”

Two years after Erik’s presentation at the Museum of Fight, the team was able to run the motor for the crowd and have Federal Aviation Administrator Michael Huerta sit in the cockpit while project lead Tianyuan (Tony) Zhao managed the throttle. 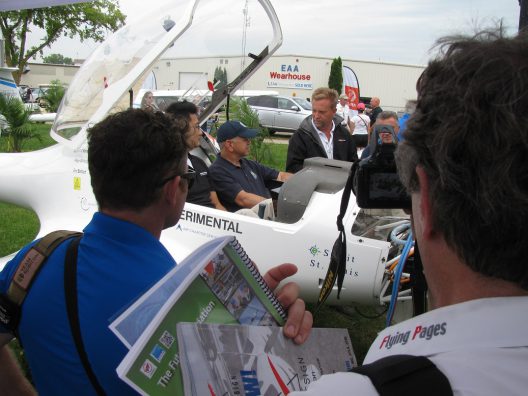 The base airframe’s 67-pound yokeless and segmented armature motor (YASA) was developed by Oxford University and puts out a maximum 150 horsepower at 800 Volts. It spins an MT variable-pitch propeller for up to one-and-one-half hours, if the student’s fund-raising effort can reach its goal. 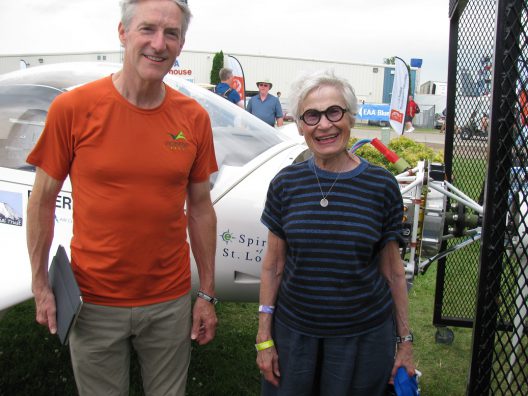 Battery packs weigh a little over 12 pounds each, and consist of a total of 2,520 cells; 12 serial by seven parallel cells each in 30 packs.  The total weighs 370 pounds with cooling and integration.  Individual cells are 3,500 mAh each and can be run at 2.8 (discharge rating) for takeoffs.  Students designed the structure and battery management systems on each pack. 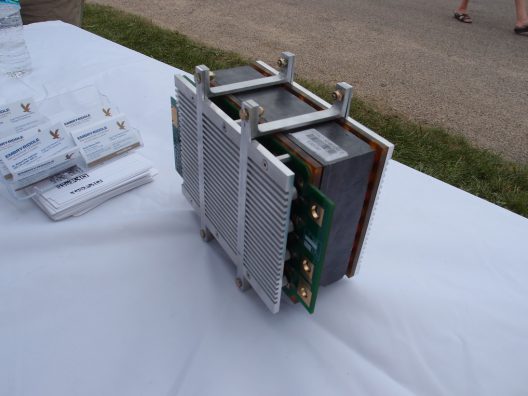 Erik will act as Project Ambassador for the next few years, while faculty advisor Dr. Pat Anderson works with students on using the e-Spirit as a test bed for further development and on other projects.  These will include a hybrid turbine-electric propulsion system that will “…reduce the noise, emissions and operating costs associated with commercial aviation,” with goals of “Developing a nine-passenger hybrid turboprop aircraft by 2025 and a large hybrid-electric jet by 2035.”

The team has other projects, including a VTOL drone that converts to flying horizontally like a conventional airplane.  Anderson has worked with students on their 2011 entry in the Green Flight Challenge and continues to work with graduate students on challenging projects.  Erik Lindbergh thinks his efforts will pay off.  “Dr. Anderson is developing a comprehensive pathway for clean, quiet flight that will, in the next five years, change the way we move around the planet.”

The goal of all electric and hybrid-electric propulsion research at the Eagle Flight Research Center is to reduce fossil fuel consumption and resulting greenhouse gas emissions, improve aviation efficiency, and advance the aerospace industry. “Embry-Riddle student researchers are playing a major role in shaping the future of aviation,” Anderson said.

Chip In to Charge up the E-Spirit

Students are running a crowd funding program to purchase the batteries that will make eSpirit soar and complete finishing touches on the airplane.  Your editor is making a small contribution and invites everyone to chip in with a cell’s worth or two.