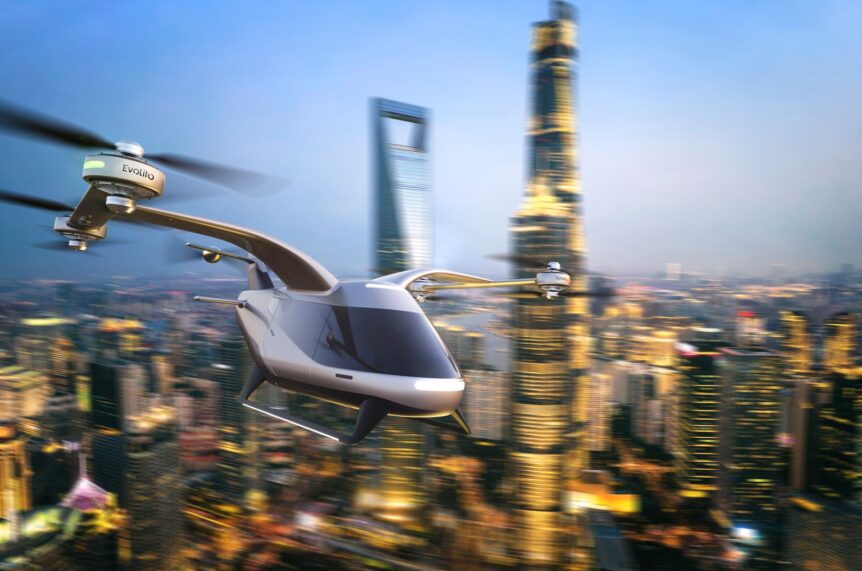 A Profusion of Names

Evolito is the new name for YASA motors that fly.  YASA (Yokeless and Segmented Armature) motors are a product of Oxford University research, and have become a wholly-owned subsidiary of Mercedes-Benz.  Mercedes is now creating and marketing a line of electric vehicles using the YASA motors.  But what of aeronautical applications?

With that in mind, Mercedes spun out Evolito, taking YASA skyward with “high-power density, light-weight electric motors and controllers for aerospace applications.”  Evolito’s Managing Director, Gareth Morris, explains, “We’re building the future of electric flight with motors that have the highest power and torque densities in class with the ability to manufacture at scale, whilst achieving efficiencies of over 98%.”

Although their web site claims the YASA configuration is a “revolutionary new approach” to motor design, it’s a careful revamping of the axial flux technology invented almost 40 years ago by Cedric Lynch, a self-taught English inventor. 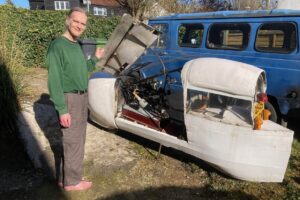 Cedric Lynch with his 1991 enclosed electric motorcycle, powered by his axial-flux motor. He has over 100,000 miles on the machine

It will be interesting in the near future to see how Evolito, an English motor system now owned by Germany’s Mercedes-Benz, is able to compete with Siemens, now owned by England’s Rolls-Royce.

The Engineer reports, “YASA claims its motors are four times as powerful (in terms of Nm/L [Newton-meters per liter]) as the current radial flux motors used in most of today’s EVs, as well as 50 per cent lighter and smaller.

In automotive, these sorts of numbers are damn impressive, as Ferrari and Mercedes would no doubt attest. But in aerospace, they have the potential to be truly revolutionary. The plan at Evolito is to build on YASA’s success, optimizing the axial flux technology for the aerospace market.

Tim Woolmer, founder and CEO of YASA, expands on the idea.  “We can probably double if not treble the power density by using some aerospace materials whilst keeping the product at an acceptable cost,” said Woolmer. “We’re not making it non-mass-producible or putting in crazy materials. We’re getting that blend right. And that’s probably roughly a doubling or trebling of performance, which is pretty remarkable, because it’s a very high-power density product in automotive.

“In automotive, our products are about 15 kilowatts per kilogram, which is about three times today’s Tesla numbers. In aerospace we think, hey, we can target 50. Why not go for a 50 kilowatt per kilogram machine. Imagine something that’s weighing like four kilos that can knock out 200kW – that’s the goal that we’ve got for Evolito and we think we’ve got a very realistic chance of getting there.”

Verticalmag.com reports, “Evolito has acquired the business and assets of battery developer ElectroFlight, marking a key step in the motor specialist’s goal of delivering a full powertrain solution.”  The idea of the usually-named “plug-and-play” system is recurrent in the industry, with the hope of having integrated, compatible systems always in mind.  Both YASA and ElectroFlight have ambitions to make fully-realized packages of integrated components.

Chris Harris, director of Evolito and CEO of YASA, during a July announcement, explained the acquisition will enable Evolito to expand its offering, enabling it, “To become a full powertrain solution provider.”  Even though Evolito’s focus has been on motors and their associated systems, “Adding battery technology capability enables us to provide a full powertrain offering, optimizing those solutions for whatever the particular application requires.”

ElectroFlight has a history of using YASA motors in aircraft, with contra-rotating propellers driven by two motors on the Teaco Bat.  A 2014 refinement of that concept, the P1 was intended as a race plane.  ElectroFlight also provided batteries for the Rolls-Royce Spirit of Innovation, turning three stacked YASA motors.  That craft achieved a remarkable 347 mph. 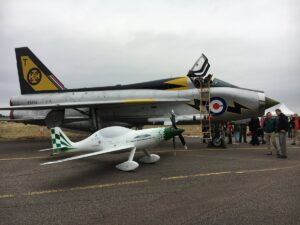 Batteries, especially those in aviation, need to enable endurance and power, two often opposed functions.  Especially in eVTOL (electric Vertical Take Off and Landing) aircraft, the need to lift the entire weight of the vehicle and then provide sufficient energy to allow reasonable range creates an often high-temperature, high-stress environment.

Harris notes the eVTOL market may need “thousands of motors annually in the coming decades,” reasonable in light of the multiple propellers and rotors to be driven on even small craft.  Besides custom designing and building battery packs for high end projects like the Spirit of Innovation, Evolito and ElectroFlight will need to mass produce packs of various sizes and layouts.

Toward that end, ElectroFlight has created SEED, a Scalable, Expandable, Energy Device,  “That can be rapidly deployed without the need for the expensive and time-intensive process of creating a bespoke battery system.”  Intended to allow early testing of new aircraft designs, each SEED pack complies with TSO C179b and is compatible with liquid cooling when required.  Standardized packs allow easier integration into test vehicles.  As the aircraft goes through testing, a full bespoke pack will conform to the needs of the finalized machine.

Douglas Campbell, Technical Director of ElectroFlight, notes: “The technology in the SEED system has been built on the foundations of the groundbreaking innovation we developed for the world record-breaking ACCEL project and further strengthened from battery supply partnerships with eVTOL and CS23 aircraft customers. We are now productizing this technology so that it can inspire others to further innovation in this space.” 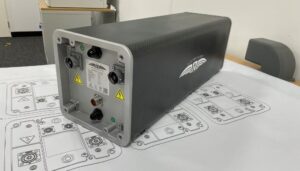 Campbell added. “We are already seeing high levels of demand for the system.  One leading operator in the electric aviation space has already placed a major order, requesting A samples by Q1 2023 and B samples and first flight in Q2 2023. Another two are very close to finalizing orders.

Each self-contained pack can carry 4.3 kilowatt hours produce 196 Watt-hours per kilogram.  This might seem low compared to other firm’s promised energy densities, but this is a complete pack, with housing, battery management system (BMS), and charging capabilities.  The packs are designed “To contain and manage thermal runway, has a fast-charging capability, a self-contained Battery Management System and a full individual cell temperature coverage capability.”

Backing from Mercedes-Benz, demonstrated high-speed flight (in a Rolls-Royce aircraft) and what looks to be a solid business plan should help propel the newly-joined companies to a bright future.