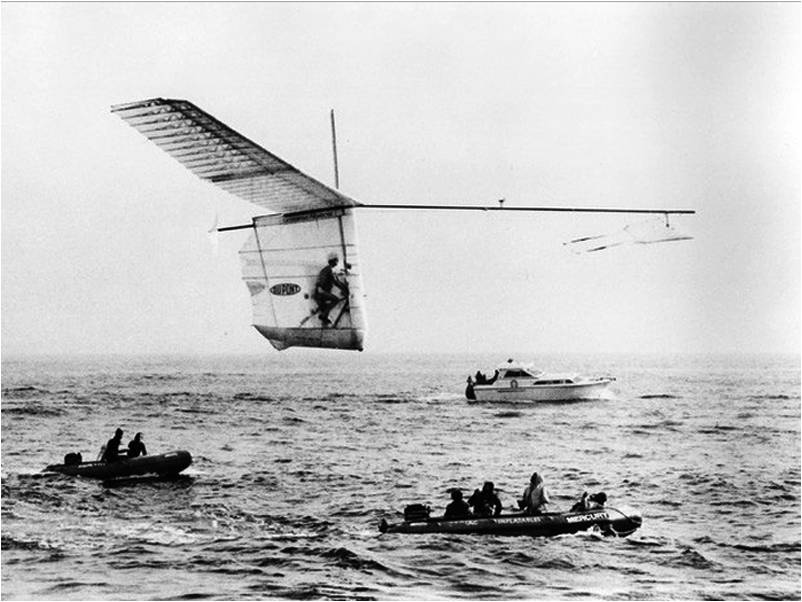 The British Human Powered Flying Club has huge ambitions for 2022, with its race across the English Channel and a 50,000-Pound ($70,800) grand prize.  This year, though, “We are pleased to announce that we have chosen Lasham Airfield as the venue for the 2021 Icarus Cup, taking place on 24th July – 1stAugust!”  Great to see again, these Human Powered Airplanes (HPAs) are marvels of aerodynamics and human endurance and have a grand history.  This year’s event, following a virus-caused hiatus, will be a welcome re-introduction to the most personal form of flight.

Some Openings for New Talent

The Club explains, “This year’s competing teams have been notified of the venue details already.  We are currently in the process of arranging marquees.”

Those who wish to apply for membership in the BHPFC can submit an application and dues here.  You, too, could be pedaling above Lasham this year (not likely) or crossing the Channel next year in an airplane with the span of a 737 and that weighs less than half the paint job on the big bird.  Because of the hazards involved, the Club will accept only those entrants with previous HPA experience.

2019 at Lasham was eventful, with the first public demonstration of HPA flight around a triangle.  This is an Olympic level of athletic achievement because of the extra power needed to overcome the added drag of even a shallow bank.  The 2,636-meters (8648.294-feet or 1.638 mile) trip took six minutes and 22 seconds.  Kit Buchanan, aloft in the John Edgley-designed Aerocycle 301, had to maintain about 300 Watts (a little over 0.4 horsepower) for the entire course, and maybe double that to take off.

The English magazine Flyer has an excellent article on Airglow, another of the leading designs in the HPA world.  It details the technical aspects of HPAs and highlights the difficulties of flying such creations.

John Boyce writes about the difficulties and hazards involved in even the simplest maneuver.  “Turning is very slow in Airglow with a turn radius of around 100 meters. If you bank too hard you will never recover, the inboard wing will stall and dump you on the ground. Crosswind gusts can easily put you in this situation too. Airglow suffered major damage once due to a cross-gust, the pilot narrowly escaping injury.” 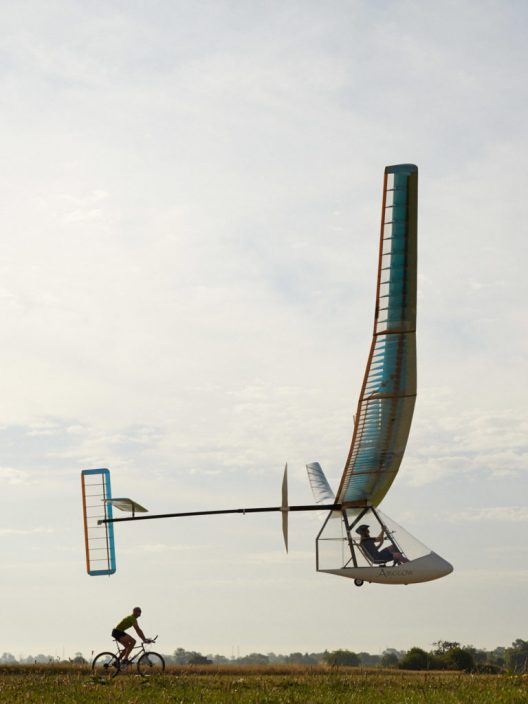 Airglow with chase bike, showing common heritage of these two types of machines

Considering it has been 42 years since Bryan Allen pedaled across the Channel, university and private groups appear to be working toward duplicating or besting that effort.  Seeing the flexing on the Aerocycle though, one cannot help bu wonder how designers will achieve a strength level that allows flight beyond the early morning and twilight runs that limit HPA’s utility.  Certainly all but the calmest days on the Channel include lots of cross-gusts.

Pedelecs of the Skies?

Your editor has pursued the idea of combining electric flight with HPAs for several years.  It would take some strengthening of the airframes and the inclusion of a one or two-kilowatt motor, controller and small battery pack to augment the best efforts of the human motor/pilot. 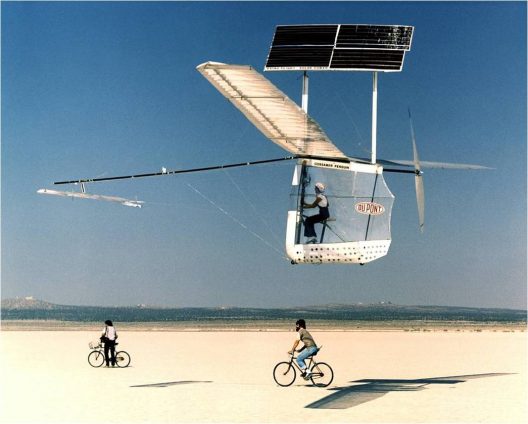 Span loading, the weight carried by each foot of wing span, is important for low-powered craft – and HPAs are the lowest powered.  Don Crawford’s book, A Practical Guide to Airplane Performance and Design, list Gossamer Albratross’ span loading as only 2.1 pounds per foot carrying a very light Bryan Allen.  The more aerodynamically clean Aerocycle carries 2.82 pounds per each of its 78.74 feet of span.  Both fly on far less than a kilowatt of power, so a small model motor helping the large, slow-turning propellers would be a significant boost to takeoff and climb performance.  There could be an entirely different class of aircraft what would provide extremely low-cost recreational flying for the majority of us who are not professional athletes.

In the meantime, if possible, make it to Lasham to see the dream-like flights this year, and to the Dover coast in 2022 to see the pilots take off for France.