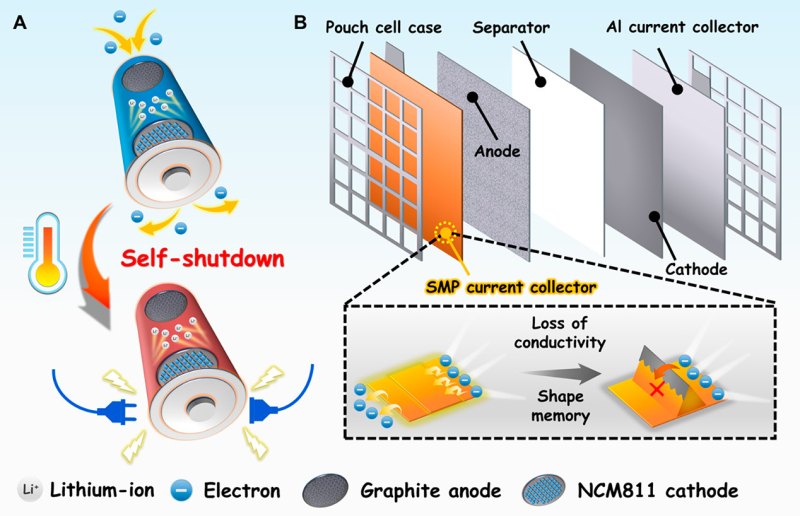 Keeping battery fires at bay is a constant irritant, if not downright hazard, in the electric vehicle world.  Battery fires are particularly scary in aircraft, where help may be 35,000 feet below.  Three different solutions have been introduced by industry and scholars, though, and may reduce, or even prevent such unfortunate occurrences.  That the three solutions were featured in the same day’s postings of GreenCarCongress.com is a bit astonishing, but heartening.  The three contenders appear below.

The Honeywell and Nexceris Sniff Test

Honeywell has a strategic alliance with Nexceris, developer of the Li-ion Tamer (a horrible pun, as you may have noticed) lithium-ion gas detection solutions.  Instead of waiting for things to heat up, as happens in thermal runaways,  the Honeywell-Nexceris team will develop the proactive detectors, which “sniff” the fumes of an incipient battery fire before it can even start.

Honeywell and Nexceris will work with EV makers to install Li-ion Tamer sensors “on their gas detection systems control boards in the battery pack or as a packaged sensor with an integrated connector.”

Kyle Shen, president and CEO, Nexceris, explained to GreenCarCongress, ‘Our work with Honeywell will help us empower the global transition to electric vehicles through enhanced battery monitoring. Fires from lithium-ion batteries are dangerous and often difficult to contain after they start. By combining our shared expertise in battery sensing and gas detection technology with Honeywell’s extensive manufacturing capabilities, we will be working toward offering our vehicle manufacturing customers a more advanced safety solution and meeting the growing demand for lithium-ion batteries.”

KULR (Cooler, get it?  As bad a pun as Li-ion) has refined a NASA design for a Fractional Thermal Runaway Calorimeter FTRC).  (Calorimeters measure heat from chemical reactions or physical changes.)  The calorimeter “Supports the discernment between (1) the total heat output due to thermal runaway and (2) the fraction of the total heat that is released through a cell’s casing versus through its ejecta material. The energy fractions are determined by post processing temperature vs. time for specially designed calorimeter sub-assembly groups.”

This sounded like an outgrowth of work Eric Darcy at NASA had been doing for a few decades, including crafting battery packs for spacesuits – an absolutely no-compromise application.  Eric, though, had been devising ways to start battery fires as a step toward preventing them.  KULR’s FTRC is that preventive measure, licensed for commercial use just a few days ago by NASA.  This will probably supplement KULR’s existing complement of safety monitoring systems.

Now that we’ve sniffed the smoke and felt the early temperature rise, what can we do to hold off the flames?

Intricacies of the FTRC. Source: NASA

Renmin University and Tsinghua University researchers created a shape-memorized current collector (SMCC) that can brake battery thermal runaways by shutting down current before cells burst into flame.  The Chinese researchers developed a shaped foil that breaks apart under heat.  That breakage interrupts current flow and further heating of the battery. 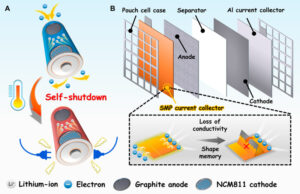 A micropatterned SMCC made from micron-sized film with a copper deposition conducts readily at normal temperatures but breaks apart at temperatures over 197° F, becoming an insulator.  Without this SMCC, batteries will continue to allow current flow, heating things up until a catastrophic thermal runaway starts a fire.  This simple fix enables batteries to retain performance, and makes them far safer.

Preventing battery fires will be an important part of keeping our skies blue.