The people behind the Smartflyer, a Swiss design concept now under development ask, “Why does the Smartflyer look like this?  With a tail-mounted electric motor, it’s a bit reminiscent of e-Genius, and also a bit like a strutless Rutan Skigull.  In fact, the basic configuration has been used on many significant aircraft over the last several decades, as a segment of Smartflyer’s web site shows. 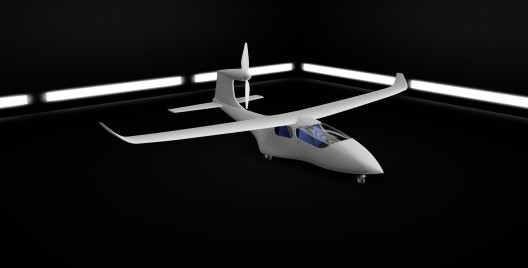 Smartflyer shows more than a passing resemblance to e-Genius, Rutan Skigull, others 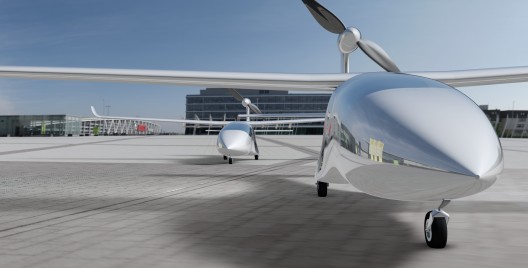 Electric motors are light enough to mount on a tail and are therefore able to benefit from that placement while only blowing over part of the vertical fin and rudder.  Compare this to a nose-mounted propeller on a conventional aircraft, which imposes prop-wash on every part of the fuselage, much of the wing, and most of the tail surfaces.

The Smartflyer designers are concerned with the wing-fuselage intersection, a point of “delicate” tuning for many sailplane designers.  A good design can have excellent wings and a well-honed fuselage shaped to slice through the air, but sometimes putting these together can create much greater drag than the combination of drag for the separate elements. 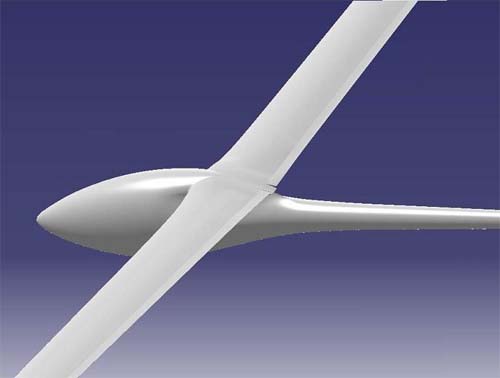 Smartflyer intends applying findings by the Akaflieg Munchen to craft “an ideal transition of wing and fuselage with a turbulent airfoil in the wingroot part.”  The Munich University design for their MU31 sailplane is an attempt to lower interference drag in the critical wing-fuselage intersection.  Placement of the wing gives uninterrupted lift distribution across the entire wing, including the center section, and makes for only two points of interference drag instead of the usual two where the wing “plugs into” the fuselage.

Following e-Genius’s motor placement and the MU-31’s wing position, Smartflyer developers hope to achieve “an [extraordinarily] efficient aircraft with low emissions and low energy consumption. Energy costs are about one third of the total costs of the operating costs.” Savings in energy use would grow in the future with a reduction in battery costs and improvements in their performance.

At first, the airplane will have a 20-30 kilogram (44-66 pound) motor, augmented with an unspecified internal combustion engine.  Smartflyer claims, “The electric motor is the best power plant for aviation, in particular for light aircraft where a turbine is too expensive.”

According to its web site, “Smartflyer is optimized for a comfortable and most economic cruise. Today’s batteries are not sufficient for longer flights but the capacity is increasing every year of development. To compensate the insufficient battery capacity the Smartflyer is equipped with a range extender which is a two-cylinder four-stroke piston engine. A generator is coupled to the piston engine and charges the batteries. The range extender is a modern high efficient piston engine but not certified for aviation. The main power system is the electric motor and the energy source of the batteries.” 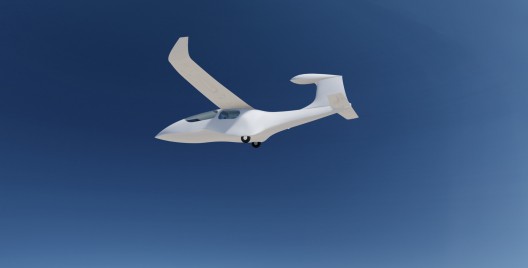 Smartflyer in its element, cruising quietly in a most economical way

To help long cruises go smoothly, Smartflyer mounts a center-mounted sidestick with a secondary stick easily mounted for a second pilot.  Switches on the sticks control the electric elevator and aileron trim.

It is easy to picture some of the power components used in the Equator P2 or a larger version of those in the hybrid-powered e-Genius.  A small ICE reduces battery weight, leading to the possibility of actually carrying four in an electric airplane.

Smartflyer claims flying in the four-seat cabin will be “pure pleasure” with a sound level like that of a car and visibility unobstructed by an engine or wing above or below the passenger area.  Since the airplane has no flaps for takeoff or landing, maneuvering is simplified, with “one operation less to think about or to be the source of false manipulation.”  Simplicity is good, but your editor would like some numbers to show an average pilot can manage those all-important operations.

Motor and propeller control as described should be similar to using a FADEC system in a conventional aircraft.  According to Smartflyer, “A computer compares the desired thrust with the actual torque on the propeller and the actual airspeed. The computer sends a signal to the variable pitch control and sets the optimum pitch for the actual conditions.” Software safeguards prevent unwanted responses from the motor, even if a pilot moves the throttle too quickly, for instance.

Smartflyer is a product of IG Electric Aircraft, established on April 1, 2015, set up as an association under Swiss law.  The group hopes to create a “proof-of-concept” vehicle, including the construction and operation of a prototype under the project name, “Smart Cards.”  The association hopes this will provide the basis for certification of an electrically-powered airplane.  They will award contracts to third parties to “fulfill the association’s purpose,” coordinate efforts of “like-minded organizations and individuals,” and share “developed and accumulated knowledge” with chosen beneficiaries.

President Rolf Stuber and board members Felix Jenni and Peter Stuber drafted a set of statutes (in German) to guide their work and are working with qualified suppliers to begin this major project.  We hope to see reality growing from the great-looking renderings that show their hoped-for airplane.