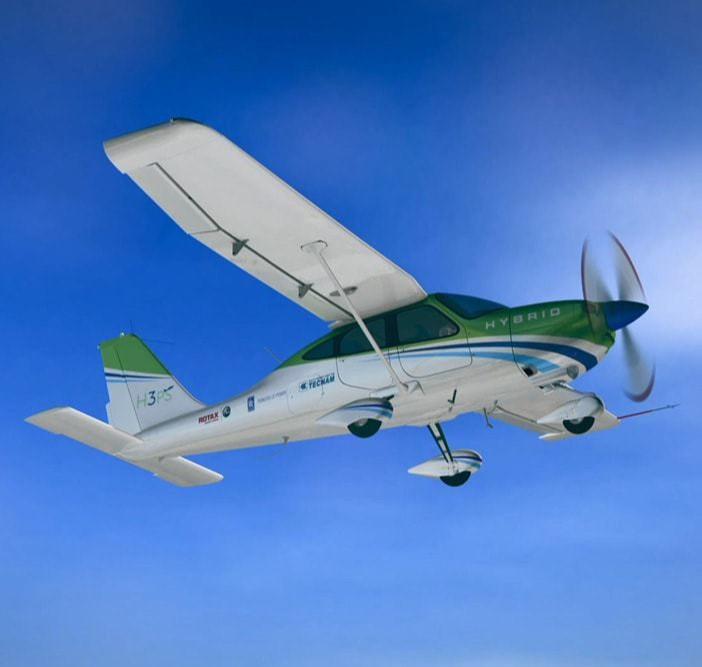 Tecnam, an Italian aircraft producer noteworthy for supplying the base aircraft for NASA’s X-57 Maxwell distributed electric test vehicle, has two of its own electric craft under development.  One will be a parallel-hybrid single-engine/motor four-seater with perhaps the smallest motor Rolls-Royce can supply.  The other will employ a battery-only system to power an 11-seat commuter aircraft.

Tecnam’s history, starting in 1948, includes the design and manufacture of over 33 types of aircraft, with deliveries of over 5,500 airframes in more than 65 countries.

Introduced in 2018, the H3PS (“High Power High Scalability Aircraft Hybrid Powertrain”) project was a collaboration among Tecnam, BRP-Rotax and (at the time) Siemens, which supplied the electric motor.  Siemens’ electric aircraft division has since been purchased by Rolls-Royce, taking over the motor part of the H3PS partnership.

The setup is similar to that employed by Axter Aerospace, a Spanish company, in 2015.  The video presents the different modes of power available, but Creedence Clearwater Revival on the soundtrack is a bit distracting (if not confusing).  Note the Axter pilots used an earlier two-seat Tecnam for their tests.

Tecnam seems to be a world leader in supplying airframes for hybrid and battery conversions if you count the five-year-old Axter project, NASA’s X-57 Maxwell, and Tecnam’s own current partnerships.  Although only the fuselage and tail of the X-57 remain in more-or-less original form, the craft is interesting in being purely battery-electric powered.  Its motor controllers and complex interconnections among motors are pretty overwhelming, though. 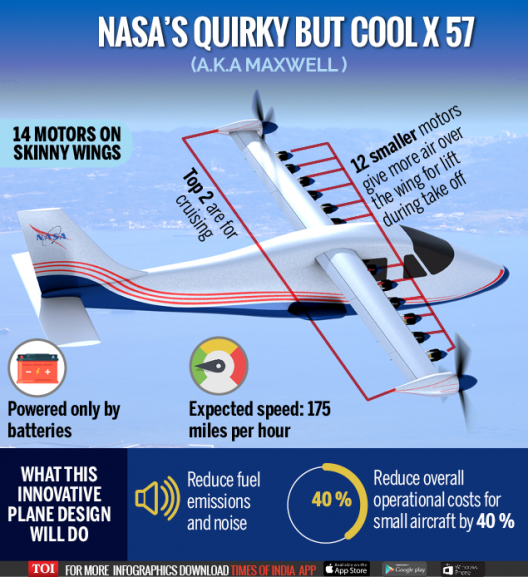 Tecnam’s own partnership with Rolls-Royce is leading to a perhaps simpler twin-motor, battery-powered 11-seat commuter aircraft.  The P-Volt starts with a Tecnam P2012 Traveller, removes its Lycoming IO-540 engines and replaces them with Rolls-Royce electric motors.  Of course, this includes changing from gas tanks and fuel pumps to batteries, their mounts, and all-electric systems for anti-icing, environmental controls and avionics.  A large battery tray under the centerline of the aircraft might allow for battery swapping.

Rolls has future plans for a 19-seat electric commuter liner, another prime mover for a prime number of passengers.  The craft, explained in an 81-page white paper, follows guidelines in the ELICA (ELectric Innovative Commuter Aircraft) economic feasibility study.

Rolls-Royce has the following conclusions based on the study: